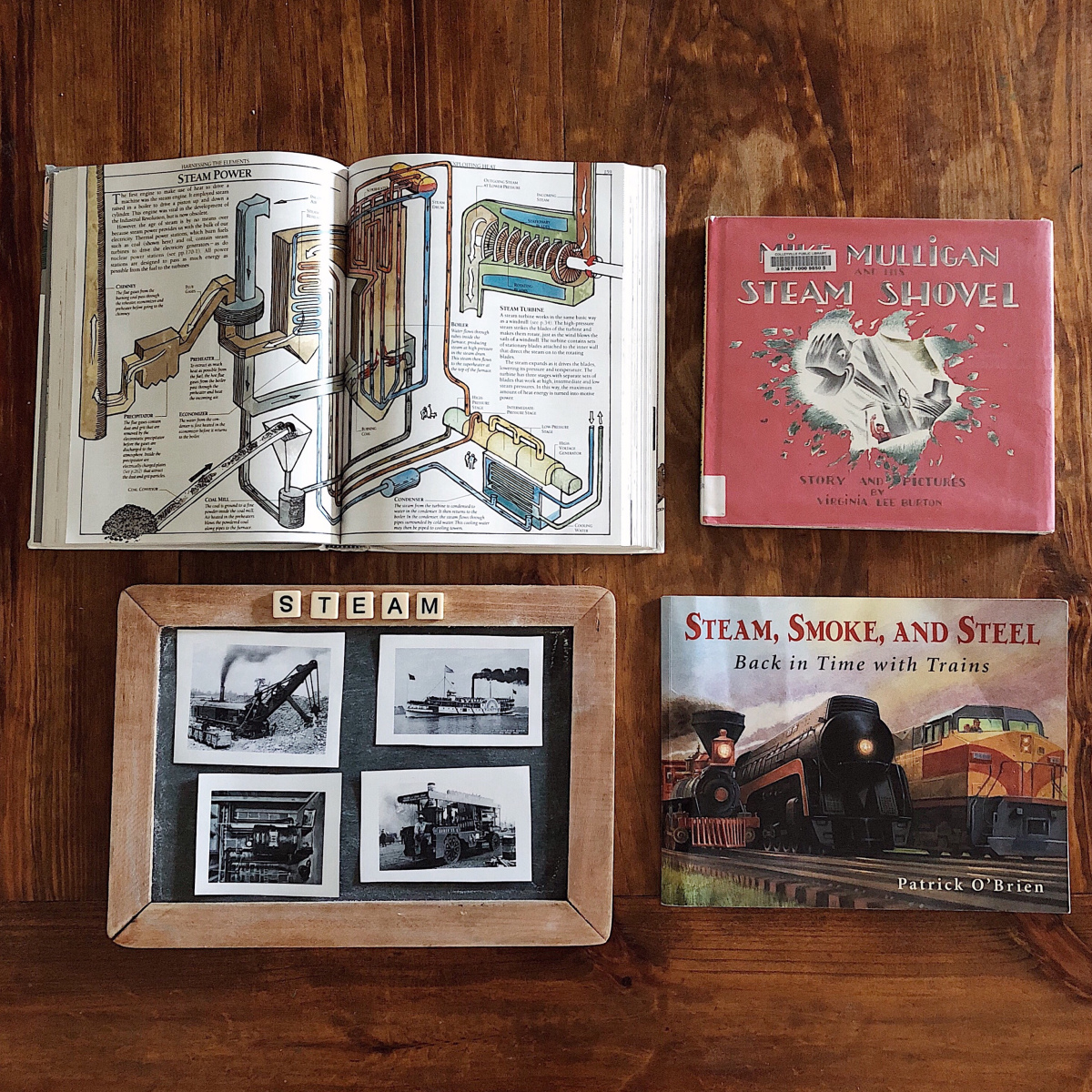 This week we read Mike Mulligan and His Steam Shovel by Virginia Lee Burton. I pulled together an array of books on different subjects to go along with this study. But most of what we learned was through casual conversation while reading the book.

We talked about the power of steam and how it works in machinery, and we (very lightly) discussed what life was like in America during the Industrial Revolution.

I pictured Mike Mulligan listening to folk songs so we listened to that on and off all week.

We had a whirlwind of a poetry tea time. The kids helped make banana bread earlier in the day, and spent the rest of their time outside playing in the water. They were very hungry when they came in, and I hardly had time to snap a picture before it was all gone! We read three poems from our The Good And The Beautiful Level K Language Arts book. The kids repeated each line after me. Surprisingly even my 2 1/2 year old did this with us!

The night before, my oldest and I talked (a little) about what life was like in America during the Industrial Revolution. I wanted to offer a few books from that era so he could look through the photographs.

We also talked about some elements that make up a good story. This is a new concept for my 5 y/o, so we started with the “setting” and “conflict”. We pointed out these two things in Mike Mulligan and His Steam Shovel.

I also took the opportunity to ask the kids if they thought Mary Anne was alive or not. They all said “no!” I pointed out that she had a real name and showed human emotions among several other things. They were totally baffled! So we talked about personification and how they even do this with their toys sometimes.

This was our science day. We learned about the three states of matter and did an experiment from this book. We also tried a fun math game from the book Shapes in Math, Science and Nature. using square paper. I also showed them how a steam machine works by using this book as a guide.

Just for fun we read a few cute construction themed books and watched Mike Mulligan and his steam shovel on Youtube.

Preschool Unit Study with More Before Five in a Row: Go to Sleep Little Farm